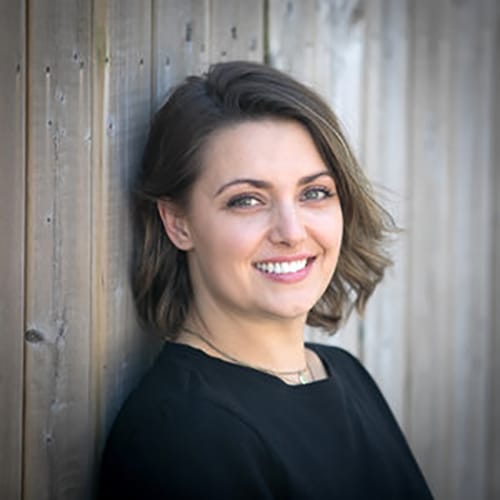 Jade Sakamoto was born in a small town in southern Saskatchewan where she remembers attending her very first dance class. She was hooked. She moved several times with her family until middle school, but dancing was a constant in her life.

While attending Saint Mary’s University in Halifax, Jade completed her course studies for her RAD Teacher’s Certificate which she received in 2003. That same year she graduated with a Teachers Diploma from the Maritime Conservatory of the Performing Arts and received her Ballet Associate with the Canadian Dance Teachers Alliance.

While living and studying in Halifax, she also became passionate about modern dance. She moved to Toronto to attend the professional training program at the School of Toronto Dance Theatre where she graduated in 2006. While attending the school she had the opportunity to perform in works by Trish Beatty, Christopher House, Sasha Ivanochko, Julia Sasso and Michael Trent. Upon graduation she co-founded the Crazyfish Collective with a group of exceptional, talented, wacky people, who continue to be her nearest and dearest. She had the pleasure to perform with them in several self produced performances as well as in many festivals such as Toronto Fringe Festival, Nuit Blanche, and ROMP by Suddenly Dance Theatre. As an independent dance artist she has performed with Zata Omm Dance Projects and KemiCollective.

Jade began practicing Yoga in 2002, mostly to supplement her dancing while recovering from an injury. In recent years it has become a regular, cherished practice. She completed her 200 hour teacher training certificate at Octopus Garden Holistic Yoga Centre in 2014, and is enjoying her new role as a yoga instructor.

After taking some time away to grow her family, Jade is thrilled to be back at Swansea School of Dance!