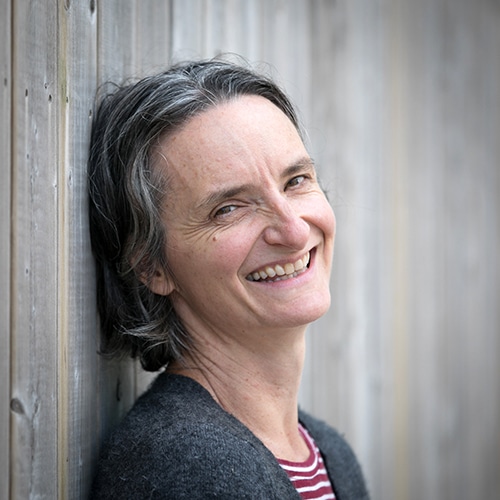 Julia’s dance career had taken her across artistic boundaries into theatre, music, design and visual art.  Julia has worked with companies such as Tiger Princess Dance Productions, SoulPepper and Company Blonde. With Dusk Dances, she won the 2014 Audience Choice Award for Inner City Sirens Part 2. With Toca Loca, she created the “Halo Ballet” choreographed for video game players in cyberspace. With Urban Vessel, she directed and choreographed for actors, singers and boxers to create “Voice Box”. Her work was part of Everyday Marvels, inspired by the poetry of Lorna Crozier. She was a resident artist with Series 8:08 2013/2014 Creator’s Space Program where she created “Zolla” with accordionist Tiina Kiik. Julia recently directed “Mirror” with InterArts Matrix which premiered at the Open Ears Festival 2014. Julia has worked with some of Canada’s greatest choreographers including Jean Pierre Pearreault and Louise Bédard. She has also been influenced by her work with international choreographers Damien Muñoz (Spain) and Kim Itoh (Japan). Julia was a performer with Dancemakers, under the Artistic Direction of Serge Bennathan for 15 seasons; an experience that inspired and shaped her ever widening view of what dance can be.

Julia has taught dance and movement in many settings including preschool,  elementary school, high school, Universities, Colleges and private practice. She teaches all kinds of movers from beginners to experienced professionals. She has taught at such places as Dancemakers, Ryerson University, Universty of Toronto, TDSB, National Youth Orchestra and the SoulPepper Academy.

For 5 years, Julia was an elementary classroom teacher at the BEN School house where she incorporated music and dance into all aspects of learning.

With various communities, Julia works as a freelance teacher and artist, focusing on learning about the human body in motion.To learn more about her workshops and classes in the Mitzvah technique visit www.upwardspiral.me