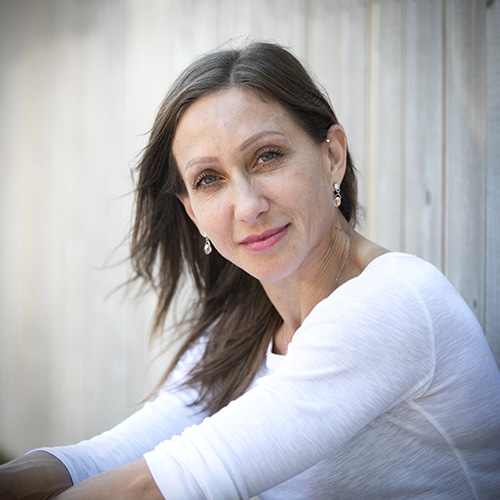 Born in Moscow, and having immigrated to Canada as a child, Natasha studied at the National Ballet School of Canada and graduated from School of American Ballet in New York City in 1990.
Following, Natasha danced with Stanford City Ballet, American Ballet Company, Royal Swedish Ballet and The Phantom of the Opera.

In 1999 Natasha switched her focus and has since worked as an aerial/circus artist specializing in silks, corde lisse, and partnering both in the air and on the ground. Her work has been featured at the Nobel Peace Prize Conference (Oslo, Norway ’05) on various stages throughout Asia, Scandinavia and North America, in major motion pictures, TV, commercials, magazines and Cirque du Soleil talent roster.

In 2012 Natasha founded/co-created a Toronto based aerial showcase ‘Aer Time’, which she co-produces on an ongoing basis. Currently, an active performer and instructor, Natasha continues to share and teach her art to both adults and kids in various studios throughout Toronto and abroad.