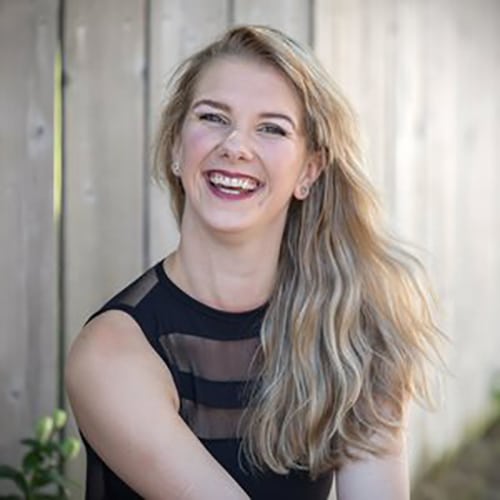 Victoria Ellingham’s dance educator career began when she became an assistant teacher at the age of fifteen while living in the UK. Growing up Victoria studied both in Canada and the UK in the dance styles of ballet, tap, lyrical, gymnastics, hip-hop, and character, with a primary focus and interest on jazz.

Victoria has also obtained her BA Hons from Middlesex University and her teacher’s certification from Acrobatics Arts.

Victoria is a certified Alixia Flexibility instructor and Yoga Exercise Specialist. She has recently graduated with a Post Graduate Certificate in Education (Dance Teaching) through the Royal Academy of Dance and University of Bath, and continues to expand her knowledge in dance and fitness while working on her 200-hour yoga teacher certification.

Victoria has won awards for her work in Ukrainian folk dance, such as being a recent recipient of Ukrainian Dance World magazine’s photo competition for her solo in Kalyna’s “Kozachok”.

Victoria has also participated in The Dance Current’s “Emerging Art Critics Programme”, producing two published articles with them. In Victoria’s spare time, she participates in circus classes such as Acrobatics, aerials (silks and hoops), and hand balancing.